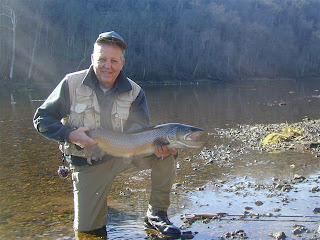 God Bless you Dean Darling. As you fish the heavenly rivers, may you find slow currents, light breezes and a big Brown lurking in every riffle.
Posted by WriterGal at 4:56 PM No comments: